Trace Signals From an Alien Civilization: Not So FAST?

(From STR/AFP/Getty Images, via NPR, used w/o permission.)
(China’s FAST radio telescope, another eye on the universe since 2016.)

Scientists in China’s Guizhou province have been receiving radio signals from interstellar space since 2016.

Three of these signals may have been from folks who aren’t human, but use radio waves the way we do.

Then again, maybe they weren’t. 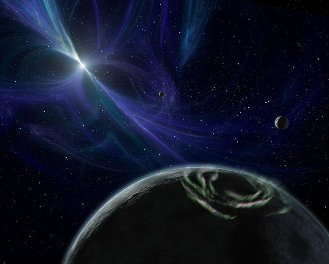 “Signal,” in this context, is astronomy-speak for radio waves, light, x-rays: anything on the electromagnetic spectrum.

China’s FAST ‘listens’ to the electromagnetic spectrum at wavelengths from 10 centimeters to 4.3 meters. That’s radio communication’s UHF band and not quite half of the VHF band.

“PSR” may be an IAU (International Astronomical Unison) pulsar naming convention. But I haven’t confirmed it.

On the one hand, pretty much all pulsars I read about are “PSR-something.” On the other hand, “Pulsating Source of Radio” is a phrase using my native language, English.

Maybe today’s IAU naming convention for pulsars uses my native language for about the same reason that Medieval European scholars wrote their papers in Latin. It’s not an ‘official’ common language, but odds are that a scholar will understand it.

On the other hand, not everybody in the world understands English. So my native tongue is probably a controversial subject. Sometimes, at least.

Which reminds me. FAST is an English-language acronym: Five-hundred-meter Aperture Spherical Telescope.

China’s huge radio telescope’s nickname is Tianyan, 天眼. Google Translate says that’s “eye of the sky.” A Wikipedia page says it’s “Sky’s/Heaven’s Eye.” I’ll call it Sky Eye, mostly because I like the rhyme and rhythm of that nickname.

As of December 16, 2021, Folks at FAST have spotted signals from more than 500 previously-unknown pulsars. According to China’s People’s Daily Online.1 How many of those have been confirmed, that I don’t know.

Narrow-Band Signals From the Stars

These headlines caught my attention on Wednesday and Friday of last week:

“China says it may have received signals from aliens“
Ben Turner, Live Science (June 15, 2022)
“China is claiming that its enormous ‘Sky Eye’ telescope may have picked up trace signals from a distant alien civilization, according to a recently posted and subsequently deleted report by Chinese scientists….”

The “…posted and subsequently deleted…” report may be permanently lost. But I did find something slightly-related on China’s Science and Technology Daily:

I don’t understand Chinese, so I ran the Science and Technology Daily article through Google Translate. Basically, it says that the “suspicious” signals need more analysis.

There’s more in that article —

The Japan Aerospace Exploration Agency’s (JAXA) Hayabusa2 probe collected samples that contained amino acids. And Beijing Normal University; the National Astronomical Observatory of the Chinese Academy of Sciences; and the University of California, Berkeley are setting up a research team that’ll be studying the “suspicious” signals.

More to the point, the signals are “suspicious” — I’m guessing that’s not the best possible translation — because they’re narrow-band signals.2

That’s odd, certainly, but not necessarily proof that they’re artificial.

When stuff gets above 977 °F, 525 °C, or so, it starts glowing. Apparently. That’s because our eyes don’t start registering thermal radiation until stuff is that hot.

Thermal radiation is spread out along the spectrum. It isn’t at just a narrow range of wavelengths. Although stuff that’s hot does have spikes in its emission spectra.

“Maser” stands for Microwave Amplification by Stimulated Emission of Radiation. Researchers at Columbia University built the first one in 1953. A maser emits coherent radio waves. Unless it’s one of the newer ones that make infrared waves.

The key word there is “coherent.” A maser’s electromagnetic waves all have the same frequency and are in phase.

Unless it’s Jupiter’s north polar auroras. Or a star that’s forming, a supernova remnant interacting with a molecular cloud, or some other naturally-occurring maser.

So a newly-discovered narrow-band radio sources in our VHF or UHF bands might be transmissions from an alien civilization.

Or they’re more naturally-occurring masers — which aren’t, by some standards, really masers because they don’t have oscillation cavities.3 And that’s another topic.

In 2020, FAST researchers spotted two narrow-band signals in their data.

Then, in 2022, FAST looked — or should that be listened? — toward known exoplanets. And China’s Sky Eye picked up another narrow-band radio signal.

On and near Earth, narrow-band radio signals are pretty much always artificial.

So that’s a total of three possible ‘first contact with extraterrestrial intelligence’ events.

No wonder Someone at FAST got excited. And apparently jumped the gun, posting a “we found ET” report: far ahead of a thorough analysis.

Which I figure is the reason that Science and Technology Daily article of June 14, 2022’s subheading said “Suspicious signal to be further confirmed and ruled out.”

An individual may have leaped far ahead of the data and analysis, but the FAST team seems to be reasonably methodical.

Dan Werthimer is a co-author of the research project which first spotted FAST’s signals.

He told Live Science that those narrow-band radio signals detected by FAST “are from [human] radio interference, and not from extraterrestrials.”

He’s probably right about that, although I haven’t run across anything saying where the narrow-band signals did come from.4

Then Again, Maybe Not

If they turn out to be something other than transmissions from an alien civilization, these FAST narrow-band signals won’t be our first false alarm.

Back in 1899, for example, Nicola Tesla told a reporter that he’d picked up odd signals on this experimental radio receiver. And said that the signals might be from another planet.

The press had a field day with Tesla’s letter. Pretty soon, Nicola Tesla was routinely receiving messages from Mars. According to the news.

We still don’t know what Tesla detected. Guglielmo Marconi had been experimenting with a radio transmitter around the time Tesla noticed his odd signal.

Granted, Tesla was in Colorado and Marconi was in Europe. But Marconi’s signal could have traveled that far. Or maybe someone closer to Colorado had been working on a radio transmitter.5 We don’t know.

Some scientists said that pulsars might be beacons: navigation aids. We didn’t, and don’t, know of any galaxy-spanning civilization. But, at the time, we we didn’t know how a natural phenomenon that powerful could emit pulses that lasted hundredths of a second.

Speculating that pulsars could be beacons fit the known facts. Particularly when more pulsars were spotted, spread across our galaxy, each pulsing at a different rate.

Then we learned more about pulsars, found some that changed their pulse rate, and realized that they were a particular sort of collapsed star.

With 20-20 hindsight, I could make fun of scientists who said that pulsars might be a galaxy-spanning civilization’s navigation beacons. But I won’t.

At least one pointed out that even if they turned out to be a natural phenomenon, they could be used as beacons.6

That possibility still exists. How probable it is? That’s another question, for another day.

The telescope was pointed toward the constellation Sagittarius, so that’s almost certainly where the signal came from.

Nearly 45 years later, we know of several natural phenomena that might, maybe, have produced the Wow! signal. And at least one that wouldn’t have. But nobody’s demonstrated that one of the ‘could have’ explanations is a ‘very likely was’ solution.

In 2020, Alberto Caballero found a sun-like star in the Gaia archive that might be the Wow! signal’s source. Not the star, probably: but a planet circling the star that we haven’t spotted yet.

If — and it’s a big “if” — the Wow! signal was artificial, it didn’t carry a message. Probably.

At least, it wasn’t modulated. Not in any way we can detect. And, despite at least 50 efforts to detect the same signal, Wow! hasn’t been repeated.7

Alien Megastructure, Lumpy Asteroid Field, or Something Else

In September 2015, folks with the Planet Hunters project posted a report about KIC 8462852, Tabby’s Star. It was flickering, irregularly, as if something big and lumpy was in orbit around it.

Or maybe KIC 8462852 was a really weird variable star. That didn’t seem likely, so researchers said maybe Tabby’s star had a lumpy ring of dust orbiting it. Or maybe an lumpy asteroid field.

Or, some suggested, maybe somebody had built a very big orbital structure there. Something, maybe, along the lines of the ISS: but on a bigger-than-planetary scale.

Or maybe an exomoon had gotten loose in Tabby’s Star’s planetary system and then got knocked to pieces.8

The last I heard, there still isn’t a consensus on just what’s happening around, on or in Tabby’s Star. But the odds are that whatever it is, it’s a natural phenomenon. We think.

Astronomers have spotted many more phenomena that might have been evidence of extraterrestrial civilizations. But weren’t.

I’d planned on talking about Lowell’s canals, the 2019 BLC1 signal which may or may not have come from Proxima Centauri’s planetary system, perytons from an observatory’s break room, and FRBs: Fast Radio Bursts.

By the time I’d gotten to “Stuff that Glows, Masers and Jupiter’s Auroras,” I realized that breaking this post into less massive chunks might be a good idea.

Then household and family stuff happened, and there’s no more time this week. So I’ve made and saved notes, and figure I’ll make this a ‘to be continued’ post.

I’ve got more to discuss than false alarms. For one thing, someone’s written a paper about the odds that space aliens will be hostile.

A quick glance told me that his speculation was less bleak than I’d expected, and that’s yet another topic for — as I said before, another time.

But maybe not next week. It’s been a month since I’ve added to my Golden Ages series.

1 China’s Sky Eye and signals from the stars:

2 An asteroid, a spaceship and amino acids:

3 More than you need, or maybe want, to know about:

5 Radio, and a colorful character:

I was born in 1951. I'm a husband, father and grandfather. One of the kids graduated from college in December, 2008, and is helping her husband run businesses and raise my granddaughter; another is a cartoonist and artist; #3 daughter is a writer; my son is developing a digital game with #3 and #1 daughters. I'm also a writer and artist.
View all posts by Brian H. Gill →
This entry was posted in Exoplanets and Aliens, Series and tagged astronomy, extraterrestrial intelligence, physics, science, SETI, stars. Bookmark the permalink.