This year’s Ash Wednesday and Valentine’s Day were the same day.

Folks exchanged greeting cards. Many got their foreheads marked with ashes. And 17 were killed at a high school.

Maybe I could come up with a catchy name that wasn’t related to the date, but that seems like a waste of effort. At best.

I’m quite sure the 17 folks killed at Stoneman Douglas High School will be missed by their families, friends, and acquaintances.

One was a football coach. One of the dead students had won a swimming scholarship to the University of Indianapolis.

Others were on the school honor guard, enjoyed playing soccer or dancing. A geography teacher died while trying to barricade a door. Like I said, they will be missed.

Nothing I say or do will change what happened. But I can talk about why I think murder is a bad idea. Among other things.

Deliberately killing an innocent person is wrong. That’s because human life as sacred. All human life. My life — and everyone else’s — is a gift from God. (Catechism of the Catholic Church, 2258–2317)

Here’s where it gets complicated.

Every human life is precious. That’s why defending our lives, using the least force necessary, is okay: even if that action results in the attacker’s death. (Catechism, 2263–2267)

Some media outlets lost no time giving their views on what oughta be done.

It’s nice, in a way, seeing so many cries for consciousness raising, or whatever it’s called these days. It’s arguably better than not caring, or enjoying the carnage.

I think they’re right. We’ve got problems. I’m none too satisfied with the status quo. And haven’t been since the 1960s.

I’m not a soft-headed liberal or heartless conservative.

I sometimes get pegged as “conservative.” Partly, I suspect, because I’m not on the same page as today’s establishment. Not even close.

What I think is too well-defined to be “moderate.” Not in the blandly placating sense.

I think social justice, the kind that makes sense, is a good idea. So is private property, within reason. It boils down to taking love and hope seriously. And God:

For fun, and to see what happened, I’ve tried some of those ‘what are your political views?’ online freebies.

The ones I checked kept it simple, no more than maybe 20 or so questions. Each picked a different theme: economics, civil rights, that sort of thing.

I wasn’t surprised when some results showed that I was pretty far into the ‘right wing conservative’ spectrum. Others identified me as a liberal. One showed me as a libertarian.

Each, I think, was accurate: sighting along the angle the test designers chose.

Getting back to current news and views, nobody has said that Hallmark is to blame, or that we should abolish all holidays with religious origins.

Folks with that view could point out that Stoneman Douglas High School is named after Marjory Stoneman Douglas. She’s an environmentalist, feminist and journalist. Was. She died 20 years back. At age 108.

More accurately, I haven’t seen those opinions in my news feeds or social media. And I don’t plan to go looking for ‘news and views from the weird side.’

On the other hand, I could share a crackpot notion. And will.

I made this up, and most emphatically do not believe it. I figure it’s safe to post, since only a few folks might take it seriously. And they almost certainly won’t read this blog. Even if they do, I doubt it’d get much attention. Apart from discussions of weird notions. Maybe.

It starts with a fact: and a preference I occasionally see, and do not think makes sense.

Other mass murders happened when folks got together. For fun. Like music festivals or night clubs or suchlike suspicious things.

‘Obviously,’ we should outlaw public gatherings. And private ones.

Or at least abolish schools.

While we’re at it, outlaw education. It just gives kids ideas.

At least stop telling those impressionable youngsters that Earth is round.

And stop teaching them to read. There’s no telling what they’ll learn.

I think reading is a good idea.

One reason reading is a good idea is that it makes studying the Bible easier. The whole Bible, not just a few favorite verses.

About that last, Catholics are strongly encouraged “…to learn the surpassing knowledge of Jesus Christ, by frequent reading of the divine Scriptures….” (Catechism, 101–133)

There’s no ‘reading requirement’ for being Catholic. But it makes studying the Bible easier. Which doesn’t mean what some folks may assume.1

Another crazy idea would be outlawing cars. From what I’ve read, many recent mass murderers drove cars. One used a car to kill people. (August 14, 2017)

I’ll get back to that.

I get the impression that few if any Americans are delighted, or even smugly certain, that our country is just fine the way it is.

Some yearn for the imagined halcyon days of the 1940s or ’50s. Others apparently feel that the answer is doing what we did in the 1960s and ’70s: only moreso. Or “more so,” for those who prefer pre-21st-century spelling.

I’m not at all happy about current events and attitudes. But I don’t think being frantic or hopeless will help. I’m slightly sympathetic with folk longing for ‘happy days’ America and those carrying a torch for ’60s sensibilities. (January 21, 2018; June 4, 2017)

A particular technology is a hot-button political issue. I’m sure folks on both, all, sides are passionately convinced that they must be right.

I understand feeling good or bad about something. I’m a very emotional man. But I think feelings are a poor substitute for facts and reason. (October 8, 2017; July 2, 2017)

My son-in-law is as interested in facts and analysis as I am. And better at making practical use of them, which is another topic. Anyway, he looked up a few numbers:

“Today we learned of yet another tragic school shooting. Let us remember the families of all of those effected in our prayers both today and for years to come.

“I pondered why these things happen, how often they happen, and how big of a problem it is. What are the chances of getting killed in a school shooting? After collecting some data and doing some math it comes out to about 1 in 67,500 or a .0015% chance. This mean that you are 104 times more likely to git hit by a car over your lifetime.

“Why post this? I believe it is important to put things into perspective. Yes, all school shootings are terrible and should never happen. It is good and right to speak out against evil but we must not allow ourselves to live in fear and sacrifice our freedoms. Fear is not of the Lord.”

I think he’s right. Mass murder at schools is not right. It’s wrong. Saying so is a good idea.

Details of what happened Wednesday and who was involved are still unsettled.

We know that 17 folks were killed.

I don’t think there’s reasonable doubt that a 19-year-old former student killed them.

There’s the usual speculation, and a few facts.2 The speculation ranges from common sense to what may be the usual demonizing, or overly-imaginative memory at work.

The young man sounds like other recent mass murderers: a depressed loner. He’s still alive. And in custody.

In 20-20 hindsight, someone should have done something different. Probably several ‘someones.’ Folks will be playing blame games for quite a while.

I hope and trust that others will look at the facts and see what should be changed. And what went right, and shouldn’t be changed.

I am quite sure that 17 folks were killed, that one person killed them, and that the killer is not an immediate danger to others. Aside from that, I don’t know enough to have an informed opinion.

It’s not all bad news and slanted views. 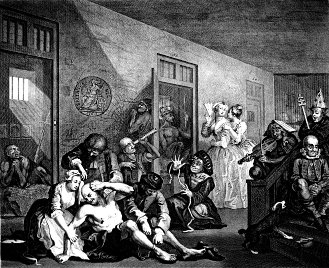 I have seen a refreshing lack of appeals for putting tighter restrictions on crazy people.

How we treat folks with psychological and psychiatric conditions occasionally needs review. I suspect it does now, but haven’t researched the issue.

I also think ‘lock them all up’ isn’t a reasonable policy.

I’d love to have a simple solution to the world’s woes. Simple and easy. Preferably a nice slogan or sound bite.

Simple I can do. Simple and easy, no. Not even close.

Mass murder isn’t our only problem.

Wars are in progress around the world. Small ones, but lethal just the same. Food isn’t getting to folks who need it. Neither is adequate medical care. Slavery is illegal in some places, and surprisingly unfashionable. But it’s still done, and a bad idea. (Catechism, 2414)

Those aren’t the only problems, sadly.

I think the solution is simple. And very, very far from easy.

Knowing what I should do, and actually doing it, isn’t the same thing. But doing what’s right and avoiding what’s not is still a good idea.

“…The answer to the fear which darkens human existence at the end of the twentieth century is the common effort to build the civilization of love, founded on the universal values of peace, solidarity, justice, and liberty….”
(“To the United Nations Organization,” Pope St. John Paul II (October 5, 1995))

Building something like St. John Paul II’s civilization of love3 won’t be finished in my lifetime. I think we’ll be doing well to get a first approximation in a few centuries.

I also think we can do better. I am sure that we must try:

1 Taking the Bible seriously doesn’t mean trying to ignore what we’re learning. I keep running into Christians, some of the Catholics, who seem convinced that evolution can’t happen because it’s not ‘Biblical.’ (July 23, 2017)

But oddly enough, I’ve yet to meet a Christian who thinks Earth is flat. Copernican heliocentrism is another matter. (January 19, 2018; December 2, 2016)

2 What happened Wednesday, from Friday’s news:

3 A civilization of love; it’s a work in progress:

I was born in 1951. I'm a husband, father and grandfather. One of the kids graduated from college in December, 2008, and is helping her husband run businesses and raise my granddaughter; another is a cartoonist and artist; #3 daughter is a writer; my son is developing a digital game with #3 and #1 daughters. I'm also a writer and artist.
View all posts by Brian H. Gill →
This entry was posted in Being, Catholic and tagged civilization of love, emotions, getting a grip, holidays, legitimate defense, life issues, love, mental health, politics, reason, Valentine's Day. Bookmark the permalink.